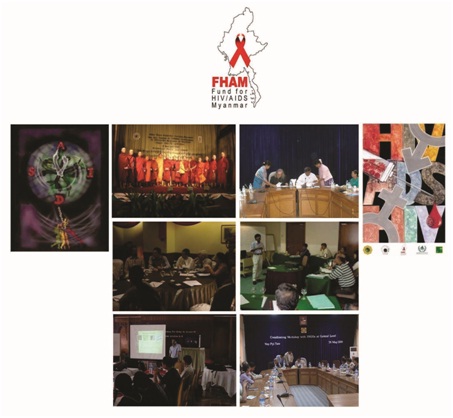 AHRN Myanmar Office was set up, with 3 staffs, in July 2003 under MoU with the Ministry of Home Affairs: Central Committee for Drug Abuse Control (CCDAC). During its first year of operations in Myanmar, AHRN conducted seminars and workshops, exposure/study tours for Government, local and international NGOs and UNs counterparts to study harm reduction initiatives in India, Pakistan and Hong Kong. AHRN Myanmar was then funded by Fund for HIV/AIDS in Myanmar (FHAM) through UNAIDS.

The objective was to reduce HIV transmission among people injecting drugs, their (sexual) partners and the communities they live in by providing support for the implementation of harm reduction interventions and to create an enabling and supporting environment through advocacy, capacity building, training and service provisions. AHRN hopes are to reach as such, directly and indirectly, thousands of people who use drugs, their sexual partners and their families in some of the worst affected areas in Myanmar.

From the second year onwards AHRN Myanmar, moved in actual implementation of comprehensive Harm Reduction services. Its first Drop-in Center/Outreach Project Office (DIC/OPO) was set up in Lashio, Northern Shan State, and was officially opened on 16th December 2004 in the presence of about 45 people from Government departments, INGOs, LNGOs and local officials. AHRN was allocated 3 Wards to implement harm reduction and related services (Wards no. 2, 4, and 6). Lashio a hill-town is situated in Northern Shan State and divided in 12 wards, 70 village tracts and 538 villages. Lashio, a rugged mountain town, lies along one of the noted (drug) trafficking routes in Myanmar and is designated as a ‘hot spot’ for drug use in Myanmar. Anecdotal sources say that there is no shortage of drugs – and sharing needles is common among injecting drug users. Three quarters of drug users in Lashio are already HIV-positive, according to World Health Organization estimates at that time.

The next step for AHRN was setting up its first mobile primary health care post in Kone Nyaung village, Kachin populated village located near Lashio Township, rife with drug users. Since 2006 village and township authorities accept the AHRN Primary Health Post and the provision of health promotion services to the villagers who cannot visit AHRN drop-in-centre in Lashio.  Kone Nyaung is also a popular place among drug users from Lashio for ‘scoring’ and ‘using drugs’ in ‘shooting-bushes’. 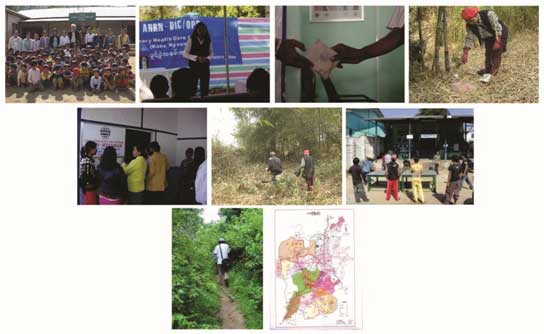 The Asian Harm Reduction Network Myanmar set up its second fully-fledged Drop-in-centre in Laukkai. Laukkai, the main city of Kokang Self administrative region located in Northern Part of Shan State, it shares a border with China’s Yunnan Province in the east. Its total land area is around 10,000 square kilometers. The most prevalent ethnic groups are the Kokang Chinese (70%), Shan, Palaung, Lahu, Lisu, Wa and Miao. It is a small commercial place with casinos, massage parlors and brothels. Since 2007 AHRN has been the only health promotional service with a focus on (injecting) drug users, their families and partners. In late 2008 AHRN was also allowed to cover the drug using populations in two leading Kokang prisons with health services. Opium and heroin has been widely used drugs and a surge in ATS use has been seen in the past years.

AHRN implemented its third Drop-in Centre in Hpakant (also known as Hpakan and Farkent in Myanmar language), Kachin State. It is located on the Uyu River, 350 km north of Mandalay, in the middle of one of the world’s most inhospitable and malaria infested jungles, cut off for several months a year during the monsoons. It is famous for its jade mines, which produce the world’s best quality jadeite. Like an old mining town of the American West, Hpakant has been dubbed “the wild east” replete with alcohol, gambling, prostitution, and opium dens & shooting galleries. This mining area has two seasons: mud and dust. People migrate to Hpakant hoping to ‘strike gold’…but many find only ‘addiction’… Heroin, opium, ATS and various mixtures of drugs are widely available. The transient nature of these mining communities coupled with limited job opportunities and low wages for women also cultivates a sex industry in Hpakant. The sex industry together with injecting drug use has been a recipe for an HIV/AIDS epidemic in Kachin State. AHRN set up a Drop-in centre in 2008 under a joint collaboration with AZG-MSF (H) with health promotion service for (injecting) drug users, their families and partners.

The Asian Harm Reduction Network set up its fourth Drop-in-Centre in 2009, also in  joint collaboration with MSF-H at Seik Mu Village (called Seng Taung). This is another area in Hpakant Township with similar problems as in Hpakant City. Seng Taung is a few kilometers southwest of Hpakant. It is also one of the jade mining areas with migrant workers, so called ye-ma-se or ye-ma-se-tha-mar (referring to stone collectors or stone forgers, who seek jadeite stones in sediment or waste soil discarded by the companies). Hwehka, which is one of the biggest and jade-rich mines and located about 35 kilometers southwest of Hpakant (2 hours by motorcycle from Seng Taung) is also covered through outreach services. In 2011, a second Drop-in Centre was implemented in Seng Taung specifically for female drug users.

The fifth Drop-in Centre was set up in Waimaw, Kachin State in 2010. It is a township situated 15 kilometers North of Myitkyina with a population of 120,000 including rural and urban area but a major part of the local inhabitants live in villages. 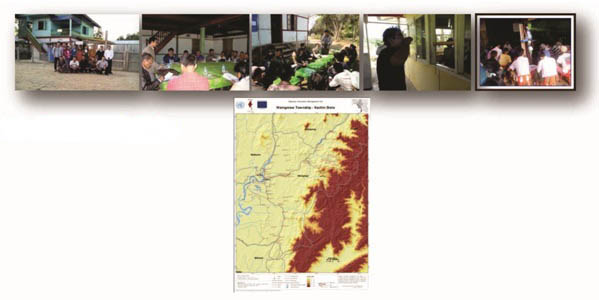 The sixth Drop-in Centre was also set up in 2010 in Bamaw, Kachin State. Bamaw is a city of Kachin State in northernmost part of Myanmar, located 186 km south from the capital city of Myitkyina. It is on the eastern bank of Ayeyarwaddy River. It lies within 65 km of the border with Yunnan Province, China. The population consists of Kachin, Shan and Chinese with peoples in the hills around the town. It is the administrative center of Bamaw District and Bamaw Township.

The seventh AHRN Drop-In-Centre and clinic was setup in Seizin, Pharkant, Kachin State in August 2013. Sezin is located near the border with Sagaing Division and it is flourished with jade and gold mining. This is another area in Pharkant Township which is confronted with range of social and medical problems due to high migration, poverty, rampant injecting drug use and harsh labour conditions for those people engaged in gold mining  business. AHRN provides comprehensive harm reduction programming. 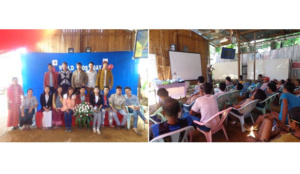